The Siege had its first success back in 2008, so the team are really looking to making this year’s Siege the best one yet. they’ve expanded their intake of teams by having a ‘Division 2’ style tournament over on the grass pitches in LIT bring an extra 16 teams (~240 people) to Limerick. I spoke to Chris, the head coach of the men’s Ultimate frisbee team and one of eight Tournament Directors for The Siege of Limerick. He told me
Ultimate Frisbee was originally founded in the US in the 1960’s at the college level but it didn’t reach Irish colleges until the late 90’s. It has reached a semi-professional level in the States, with a few Irish people even over there playing. Nowadays, there is an Ultimate team in every college and most IT’s in Ireland as well as at least one club team in every city. 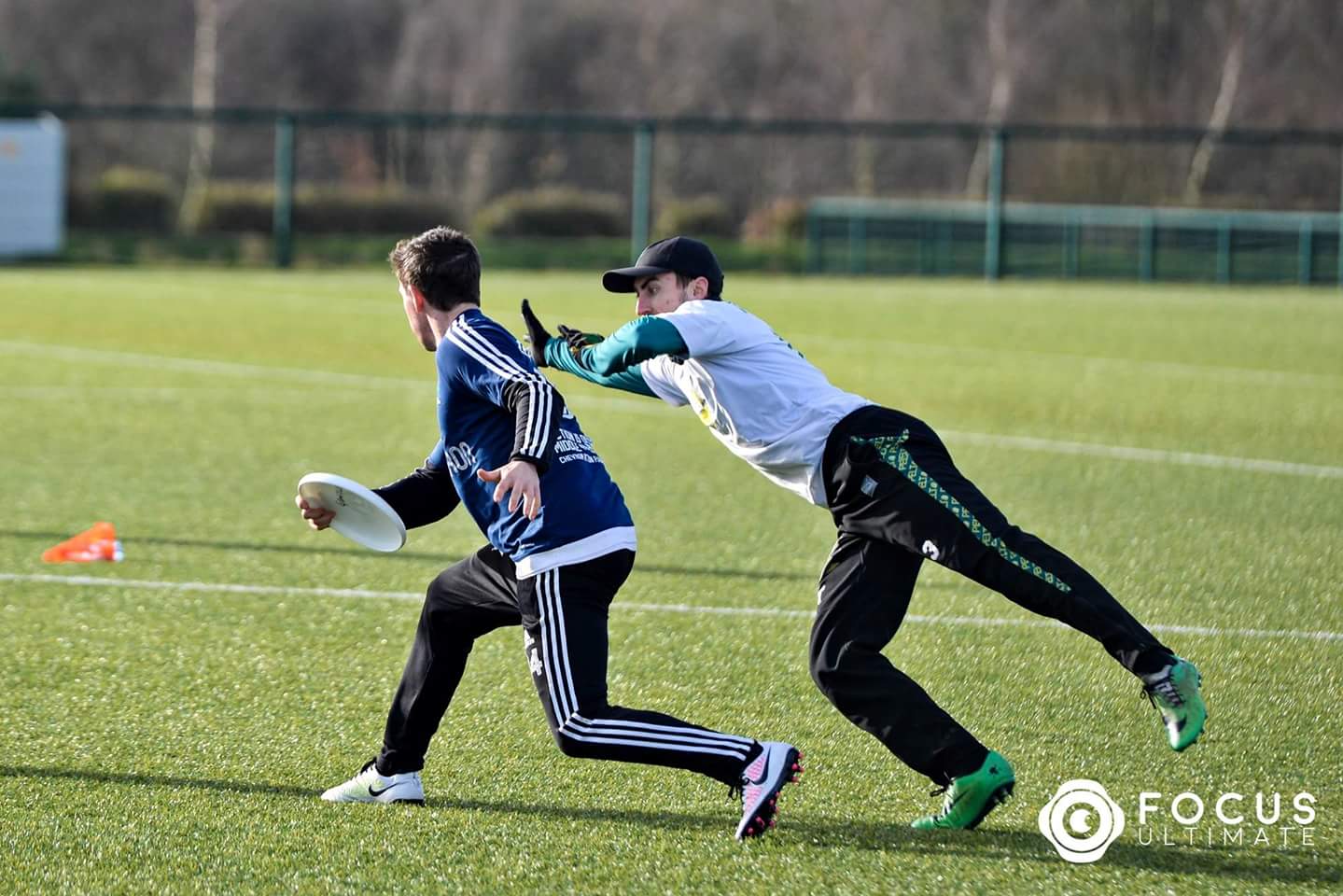 The goal of the sport is to catch the disc in your opponent’s end zone by working it up the pitch. Ultimate Frisbee is the only field sport in the world to be self-refereed It’s a very active sport in that the rest of the team needs to run to get free while your defender is trying to prevent the passes being complete. If the disc hits the ground or the defender intercepts the disc, the defence becomes the offence and they try to score in the opposite end zone, so in that way, it is a quick and enjoyable game to watch. Chris told ILoveLimerick “I think one of the most appealing aspects of the sport for me is that it can suit anybody. If you want to play to win, you can. If you want to just play to get some exercise and have a bit of fun, you can.”
The Siege of Limerick tenth anniversary tournament gives players the chance to play high-quality Ultimate while having a great social aspect to it for everyone to enjoy.
Friday night, The ultimate frisbee team have a welcoming party in the Locke Bar where they run a ‘shave or dye’ event to raise money for local charities.
Saturday night is a themed party in Dolan’s Warehouse with a live band and DJ, where they will be expecting over 600 people to attend. 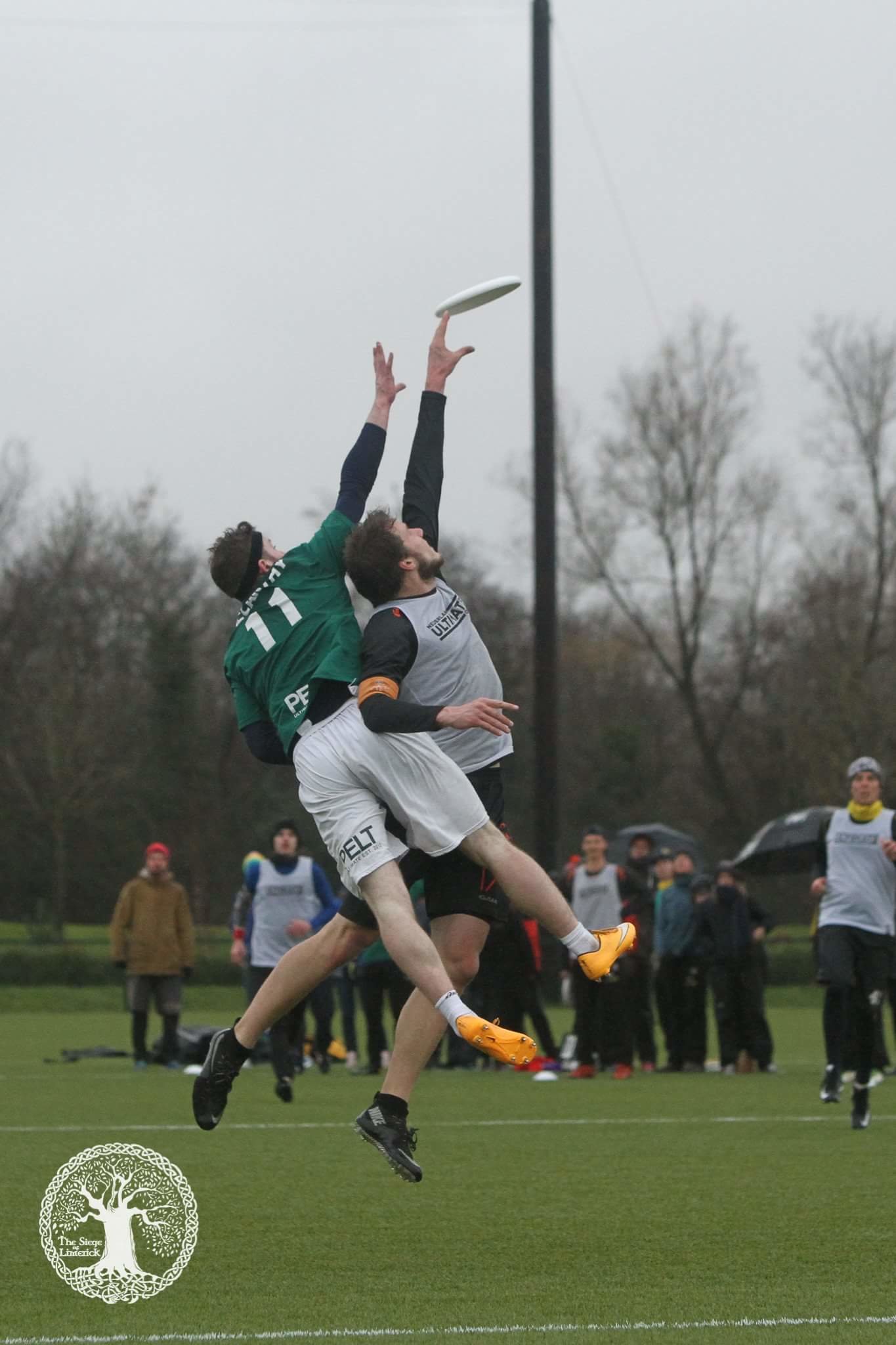 The Siege will bring up to 700 people together from all over Europe and America to play Ultimate Frisbee and enjoy the city of Limerick and celebrate The Siege of Limerick tenth anniversary. They have a strong Ultimate scene here in Limerick with their club ‘PELT Ultimate’ (formed in 2012) having over 50 members including both senior and junior (Under-18) teams. They are always looking to grow and recruit new members of all age groups so getting their name out there is a goal for them in 2018.
ILoveLimerick asked Chris how someone would apply for membership and he said, “For anyone attending the University of Limerick or considering going there in September, the best thing to do is to get onto UL Sports Union where they will have all the information regarding training with UL Ultimate Frisbee.” There is a lot of excitement around the Siege of Limerick tenth anniversary as Chris said to IloveLimerick “There’s a carnival-like feeling in the air that transcends through every player, volunteer and spectator and leaves everyone with lifelong memories and stories! The Seige would like to thank the UL Ninjas, the tournament directors and all their sponsors; Treaty City, Backballer, Five Ultimate, Friction Gloves, and Spikeball for all their help over the years and for this year’s Siege of Limerick tenth anniversary

For more information on The Seige of Limerick click here

Ultimate Frisbee is a relatively young and new sport in Ireland, started in Dublin in 1995 by a man named Simon Cocking – check out his blog where you will find many great interviews from some of the first members of Irish Ultimate. Back then it was 10-12 guys and girls throwing around and playing some pickup in Herbert Park. It has since grown to become a popular, yet still developing, sport in most major cities and colleges in Ireland.